on June 06, 2022
William Crookes mentioned in Researches in the Phenomena of Spiritualism (1874) that there was a photograph of medium Florence Cook and the materialized 'Katie King' together (with Dr. J. M. Gully): ". . . Katie is seated in front of Miss Cook's head."  He also wrote, "On one evening I timed Katie's pulse.  It beat strongly at 75, whilst Miss Cook's pulse a little time after, was going as its usual rate of 90." 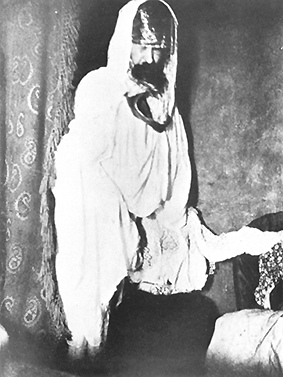 Charles Richet wrote in Thirty Years of Psychical Research (1923) that Bien Boa appeared five or six times  and  "seemed to float in the air on the left of the curtain . . . The softness and semi-vaporous outline of the hands are curious; likewise the veil surrounding the phantom has indeterminate outlines . . . A whitish fluidic mass is noticeable in front of the curtain." 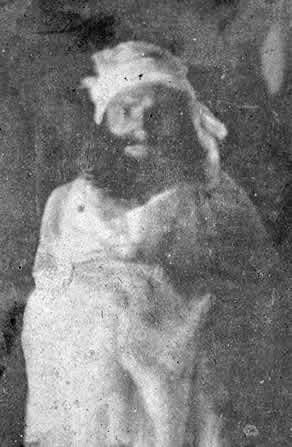 This is the first photograph featured in Phenomena of Materialisation (1920) by Baron Albert Von Schrenck Notzing.  The medium was the same woman who had previously been present at the seances attended by Richet that resulted with Bien Boa's materializations.  The second photo seen in Schrenck Notzing's case study (below) is captioned as "Enlargement of the hand of Fig. 1." 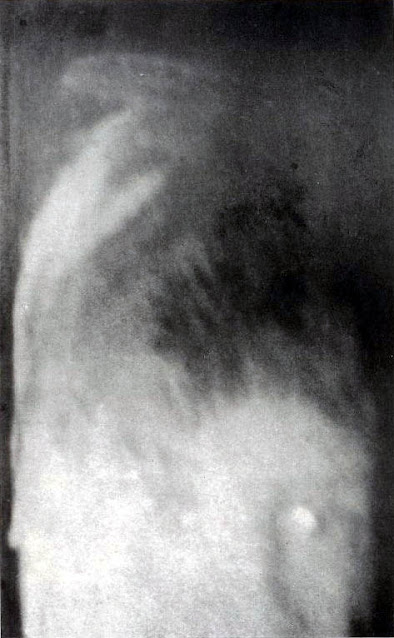 The photo was taken by André Bisson.  Schrenck Notzing explained about this initial photograph: "It was decided to attempt a photographic flash-light record with the consent of the medium . . . The curtain was opened.  We again saw before us a figure clothed in a long white flowing veil which covered the face (medium ?).  The flash-light was ignited (Figs. 1 and 2), but, at the same moment, the paper cylinder caught fire, and it appeared as if the flames would spread.  A panic took place among the audience, some of the ladies screamed with fright, and fled.  But we succeeded in extinguishing the fire."

This is another photo from Schrenck Notzing's book — a detail of a photograph taken on July 1, 1913 of medium 'Stanislava P.'  Richet would describe the unfamiliar matter seen during seances as 'ectoplasm.'  Schrenck Notzing observed, "The upper lip is covered by a white substance, which appears  to penetrate the veil, broadening out on the outside." 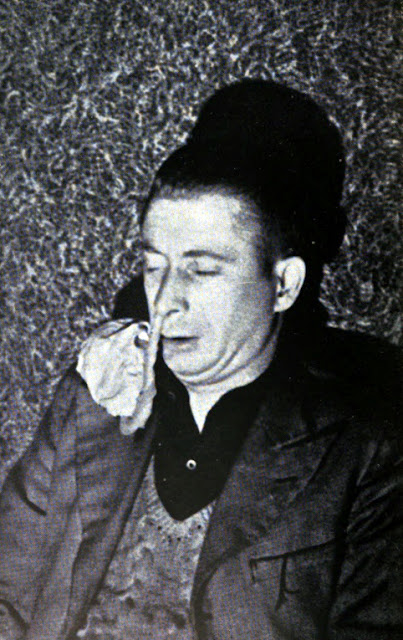 This is Plate 19 from The Mediumship of Jack Webber (1940).  The caption for the photo is subtitled "Ectoplasmic Voice Boxes": "Plates 18 and 19 are almost identical with similar formations photographed in America in connection with Margery Crandon's mediumship." 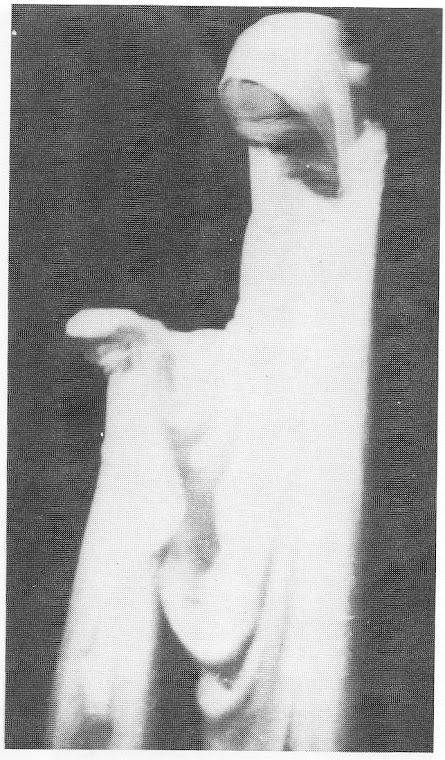 This photograph of "a Helen Duncan materialisation" is included in Medium On Trial: The Story of Helen Duncan and The Witchcraft Act (1996) by Manfred Cassirer.  Duncan's daughter Gena Brealey wrote (with Kay Hunter) a biography of her mother entitled The Two Worlds of Helen Duncan (1985).  Brealey reported that the materialized forms seen during seances could appear artificial at times.  Brealey divulged that the range of materialized forms was a subject addressed by one of Duncan's 'guides' from the ascended realm: "Dr. Williams explained that the crude forms which were sometimes moulded from the ectoplasm were not intended to resemble deceased persons at this early stage . . . Eventually the materialised forms began to take on a proper physical appearance and began to appear less artificial or unreal."
Previous post with a seance room photograph:
http://metaphysicalarticles.blogspot.com/2009/05/unique-recordings-of-direct-voice.html 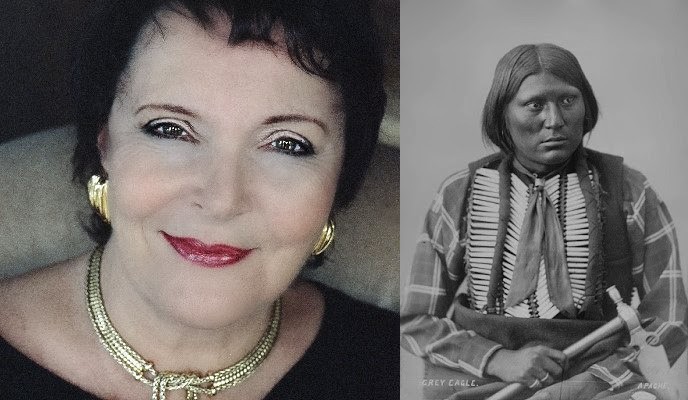