This post presents links to the original video and follow-up videos related to "Area 51: The Alien Interview" documentary introduced via a commercial DVD in 1997.  As mentioned in a 2009 blog article: an individual who concealed his true identity and called himself 'Victor' announced that he had brought out of Area 51 video footage in a digital format showing a session where there was an attempt to receive telepathic communication from an apparent extraterrestrial entity.

During the beginning minutes of the documentary, the host declares: "If the footage we're about to show you is genuine, then this could very well be the most important video in the history of mankind."  However, consistent readers of this blog know that a myriad of authentic phenomenal events have long been ignored or concealed by people for diverse reasons.  When considering the annals of 'UFOlogy,' I find myself evaluating the assumed imperatives that usually become obvious in relation to an individual's spiritual perspectives.

During the interview, Art Bell showed a complacent demeanor while interacting with his mysterious guest.  There have been previous blog articles about Art Bell and the radio program he created, "Coast to Coast AM."  (1, 2, 3, 4)  Not every whistle-blower who contacted Art became a guest on the show.  I remember listening to a broadcast when a caller spoke about his involvement in an undersea reconnaissance retrieval of an apparent spacecraft.  When Art inquired about his having a military confidentiality agreement, the caller explained himself as being a civilian.  Although his telephone number was taken by Art, the caller was never featured as a guest on the show and when later asked about him on the air Art said that he'd misplaced the number.

"Area 51: The Alien Interview" was released in July 1997.  The complete commercial video  may now be viewed without charge on YouTube with "Alien Interview - Leaked Tape?  Full Documentary".   The documentary was hosted by Steven Williams, who was then a cast member of the paranormal-themed TV series "The X-Files."  At the end of the video he is seen saying: "Whether as a hoax or a mind-expanding revelation, this alien interview is now a part of the Area 51 legend."

There is now a YouTube channel dedicated to this subject.  The channel is described as "The Unoffical Alien Interview Channel": TheAlienInterview

Some videos about this topic that I've viewed in the past are no longer available at the present time although descriptions of two videos are preserved at: http://www.uforealhd.net/area-51-2017/area-51-2017-area-51-alien-interview-update-2017-new-evidence-the-stamp/ (defunct link).  One commentator wrote about what discoveries he had made about the "Alien Interview" footage: "New evidence discovered in controversial footage . . . Possible classification stamping of document discovered in video.  If video is a fake as some contend why include this detail.  Victor never mentions it in his interview . . . See also my other Alien Interview video discovery of the alien's tongue . . ."

More than two decades after the release of "Area 51: The Alien Interview," Victor or others have not presented further information concerning the mysterious footage that is the basis for the documentary. 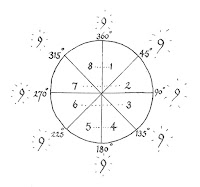 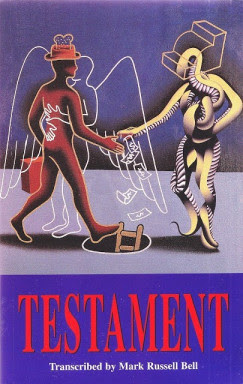